Why work for others when you yourself are the best customer? 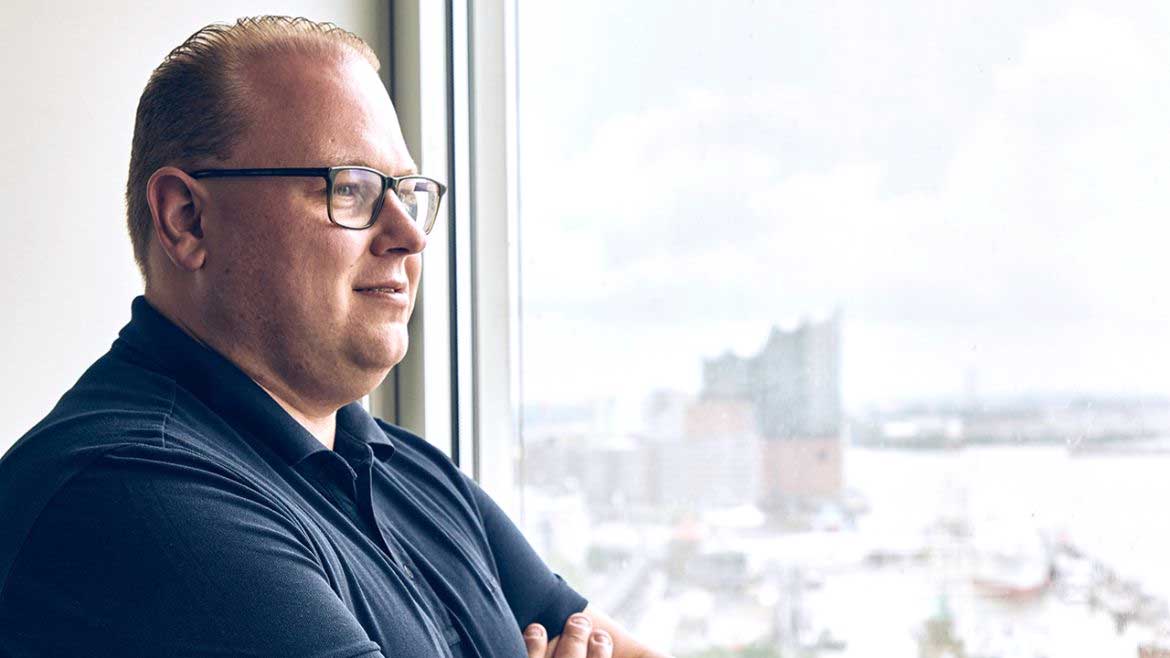 Enerparc, Europe’s first choice when it comes to independent operation of solar power plants, has taken this approach to the extreme and unceremoniously eliminated the second B in B2B. Rather than selling turnkey systems, you can operate them yourself, which pays off – and opens your eyes. If you’re interested in maximising profits with your own PV systems over a period of decades, quality takes precedence over sale price, durability over speed, and trust over the search for a good bargain. Benjamin Hübner, who’s in charge of purchasing at pvwerk, the Enerparc subsidiary responsible for building highly complex systems, explains what impact that can have.

As you walk with Benjamin Hübner through the light-filled offices on the twelfth floor of Astra Tower, just a stone’s throw from the Port of Hamburg, you get the feeling you’re visiting a start-up. You see glass, light and young people wherever you look. All that’s really missing is a football table in the corner. But as you take a closer look, the level of complexity comes into focus – and the initial impression of a start-up promptly disappears into thin air. From its headquarters in Hamburg, which occupy several floors of the all-glass high-rise, Enerparc AG manages the planning, construction and operation of large solar power plants around the globe. The company has built around 500 solar power plants in the megawatt range in 25 countries, from Spain and Russia to Australia. The global nominal power is 3.3 gigawatts per hour. At full capacity, that would cover the annual requirements of one thousand households – each and every hour.

‘Everything from a single source’

That would be an impressive achievement on its own. But what’s extraordinary is that Enerparc operates two thirds of these systems itself. Whilst others design their solar farms for turnkey delivery, Enerparc prefers to hold on to the key and operate the systems on its own, which makes the company Europe’s leading independent operator of solar power plants. And growth is the clear destination: the number of employees has more than doubled to nearly 300 over the past two years. In the 2019 financial year, annual sales increased to €234 million, with annual manufacturing volumes at a nominal power of 318 megawatts and equity capital at €124 million. The company is thus light years removed from what it once was, a humble start-up founded in 2008.

But the company’s consistent approach not only encompasses internal operation of solar power plants, but also in-house planning and manufacturing, which allows the company to retain all future income as well as distribute expenses within its own ranks. And that’s where Benjamin Hübner comes in. In addition to looking after the wholly owned subsidiaries Sunnic Lighthouse (responsible for electricity trading) and Enerparc Service (in charge of system maintenance), the pvwerk company is also tasked with planning and building large plants. That’s Hübner’s job.

‘It’s also a matter of luck’

The Head of Electrical Engineering from Schleswig-Holstein actually had other plans. After finishing school in 2006, he wanted to go into business, but put off the application process for so long that all that was left was an electrician training position. Because there were many more natural forces than businesses in his hometown along the North Sea coast, Hübner first found himself at a local PV company, before moving on to wind energy specialist Senvion and ultimately assuming the position Head of Electrical Engineering at pvwerk GmbH. In addition to maintaining an overview of his company’s many building projects in Germany, France and Spain, he’s also responsible for purchasing. As so often happens in life, it was youthful carelessness, good training, persistence and coincidence that ultimately guided him to exactly where he’d always wanted to be. ‘Looking back, it was a huge stroke of luck,’ says the 31-year-old. 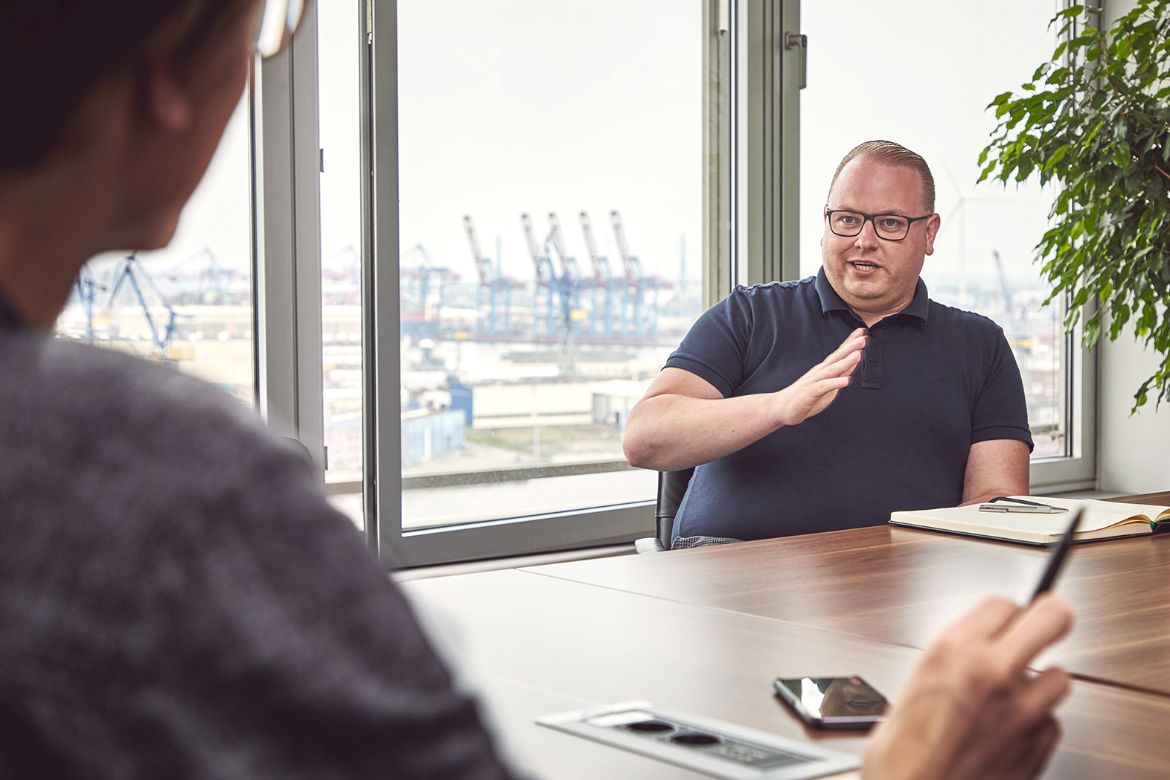 It’s meticulous inspection of the installed components that make his job so appealing. Because the systems that he and his team build need to perform well far beyond the brief period of the two to five-year guarantee, he can’t afford to save money in the wrong places. He’s well aware that he could get a lot of what he purchases for less, from the smallest screw to the massive inverter. But he also knows that that each and every dodgy screw and defective inverter will cost so much more in operation than the initial savings.

Since it was founded in 2011, pvwerk has completed nearly 300 projects with a total volume of 2,100 megawatts throughout Germany. Its fleet now comprises more than 200 machines, including heavy equipment such as crawler excavators, track loaders and special pile drivers. ‘We’ve simplified many of the manufacturing steps,’ says Hübner. ‘Today, everything’s built to be more streamlined and practical.’ That saves time and money – without compromising on quality.

‘Too simple to be true’

He can rely on the close partnership with reliable manufacturing companies, including HellermannTyton, from which Hübner sources EdgeClips, among other things. EdgeClips are small clamps with cable tie loops which can be installed along any edge without the need for tools. Simply press into place, insert the cable into the routing, and that’s it. A product that’s so easy to use, you’d think it had always been there. HellermannTyton sells 1.6 billion of these little helpers around the world every year. As a result, the pvwerk team not only saves hours of precious work time (cable routing can take weeks at a large farm), but can also rest assured that the clips won’t crumble during the next storm, meaning they won’t have to start the work over again next year.

‘It was simply a good fit from the start’

Benjamin Hübner of pvwerk and Georg Neureiter of HellermannTyton both agree: trust is the cornerstone of any business relationship. The two of them get together at pvwerk building sites on a regular basis. One year ago, Neureiter discovered that Hübner’s colleagues were printing out the DC cable labels themselves, a thankless and laborious task, with one employee doing nothing else but grappling with Excel lists and a printer for days at a time. After some planning, Hübner and Neureiter came up with a solution whereby HellermannTyton supplies the labels preprinted, much to the delight of the pvwerk employee, who can now dedicate himself to more exciting endeavours. And to the delight of purchaser Hübner, as the preprinted labels cost less than the blank labels they used to buy.

‘Ideally, everything would be made in Germany’

Hübner appreciates the mutual trust and the solution-oriented thinking of his supplier. ‘HellermannTyton is a premium solution,’ he says. ‘There are cheaper suppliers out there, but with them problems are always inevitable.’ Only half joking, he says he wishes HellermannTyton would also manufacture the solar modules at the same time, as China has been the sole supplier for years. Whilst the prices are good and the supply capacities impressive there, he’d much prefer the durability and quality of a model made in Germany. Even if it were much more expensive. Perhaps he can convince HellermannTyton to tap into this segment. He has a direct line to the company – and plenty of time to make a convincing argument. 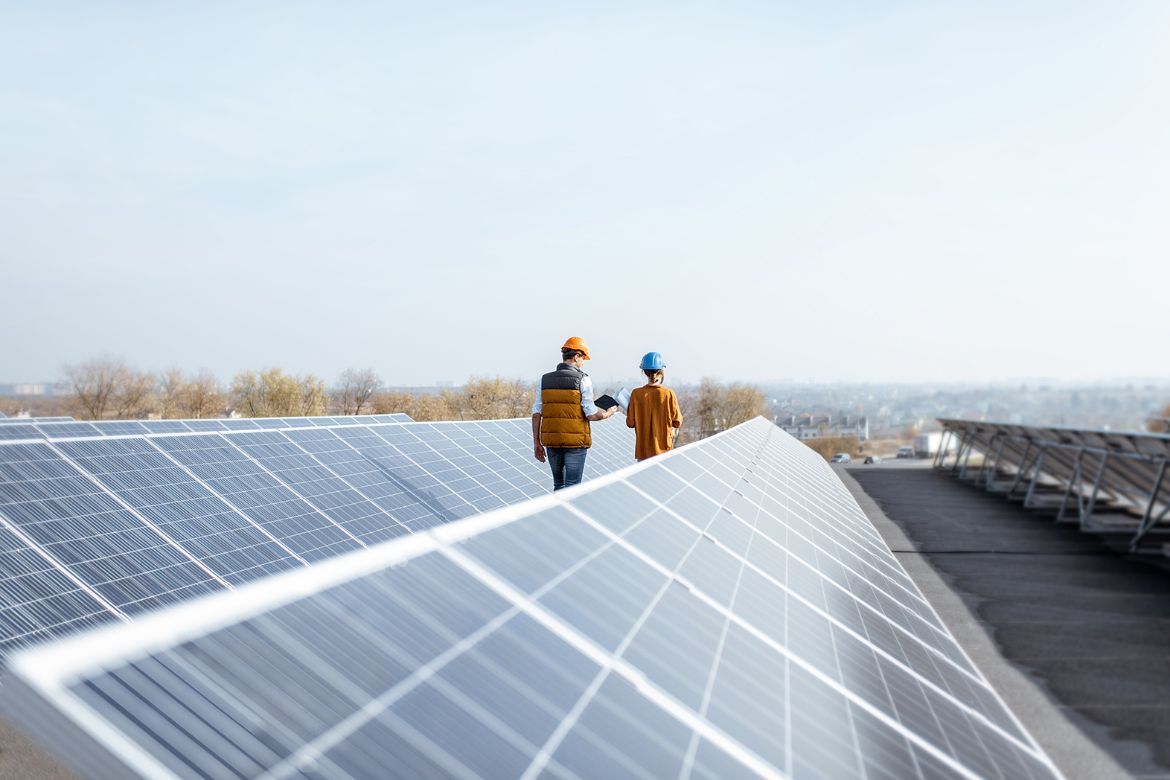 Are you interested in finding out more?
Our experts are always ready to offer help and advice, and answer any questions.