Have you got your ‘Act’ together?

The Corporate Manslaughter Act 2007 took affect on 6th April 2008 and is a landmark in UK Law. Companies and organisations can now be found guilty of Corporate Manslaughter as a result of serious management failures resulting in a gross breach of relevant duty of care. Failure to comply with the Act could result in considerable penalties or fines as high as 10% of a company’s annual turnover.

Why has the Act been introduced?

For more than 10 years there has been major political, union and group commitment to reforming the law in relation to workplace deaths. Recent high profile accidents have highlighted the need for improved changes in the law following failed prosecutions.
The previous law allowed an individual to be convicted of Gross Negligence Manslaughter when considered to be the “directing mind” of the organisation. This led to inequality as small companies were prosecuted due to the “directors” having a hands-on approach, while larger companies escaped prosecution as no blame could directly be found.
A company or organisation (large or small) will be found guilty of Corporate Manslaughter if the way in which its activities are managed or organised causes a death and amounts to a gross breach of a duty of care to the deceased. The new Act could see a dramatic rise in the number of cases against businesses of all sizes as the stumbling blocks to successful prosecutions have been removed.

How does the Act affect businesses?
The offence is directed at companies and organisations that are defined as being companies, partnerships, trade unions, employers’ associations, police forces and a number of government departments and public bodies. An individual cannot be prosecuted under the Act and no one can be imprisoned – it should however be noted individuals still fall under the Gross Negligence Manslaughter Act and can be prosecuted accordingly.
It is now more important than ever that health and safety becomes a major focus for businesses and organisations due to the changes in the law. The biggest change to the Act holds all employers accountable for the actions and decisions of their senior managers. The key failure of the previous law was the difficulty in prosecuting an individual.
A company’s strategic approach to health and safety could also be investigated, as well as its arrangements for assessing risk, monitoring and auditing its processes. Investigations will not just look at formal systems for managing an activity, but how in practice it was carried out. This will include assessing the company’s overall attitude to health and safety. The introduction of the new Act is an opportunity for employers to satisfy and prove that their systems and processes for managing health and safety are adequate and compliant.
The introduction of the new Act encourages a “review and revise” approach to health and safety.
The Act can be taken as an opportunity for employers to assess how risks are managed in and around their workplace. The offence does not require organisations to comply with new regulatory standards. However, organisations should ensure they are taking the correct measures to meet current legislation. Making sure staff are correctly trained in health and safety will be one key factor. This is likely to be driven by risk assessments and is the key to ensuring health and safety standards are met, maintained and communicated.

What are the potential penalties and fines?
An organisation found guilty of the offence will be liable to unlimited fines – although this is currently the case for other health and safety legislation, higher fines are anticipated. A recommendation of between 2.5-10% of a company’s annual turnover has been suggested as the fine. This new recommendation could mean the previous record of £15 million imposed as a fine has the potential to be substantially exceeded.
In addition to unlimited fines, the Act also allows for courts to impose a publicity order, requiring the organisation to publicise the details of its conviction and any fines imposed. This will potentially damage the reputation of the business and could also have a negative impact on staff recruitment, retention and customer perception, as well as providing competitors with a major advantage.
The key to avoiding prosecution is simply to ensure that your organisation is following the relevant health and safety legislation and good practice guidance. Justice Minister Maria Eagle MP made this clear speaking at the CBI Corporate Manslaughter Conference in October 07. She said: “This law will ensure that there is proper accountability when very serious management failings lead to people being killed. This is not about over-regulation.” 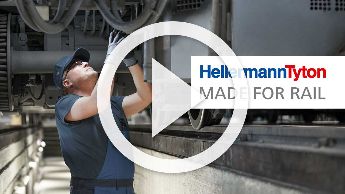 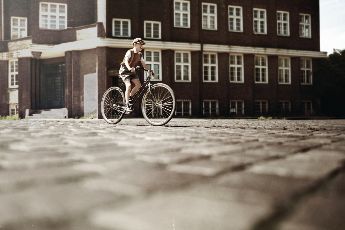 Discover what HellermannTyton is all about. 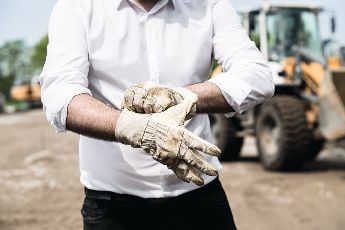 Our mission statement is not just something that hangs on the wall. It embodies the common values that we would like each and every employee to respect and uphold.

Stay in touch with us!